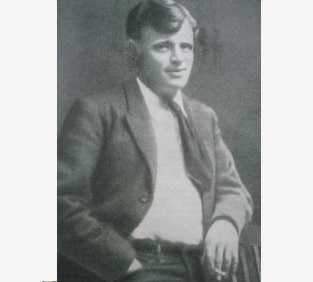 Jack London took his place in American literature at the beginning of the twentieth century. At that time, the library shelves and bookshops of America were already full of books by well-known authors.

But Jack London’s stories were new stories: his heroes were not like heroes in books by famous authors, and the pictures he painted were not the same as theirs. The men in his books live a difficult life, a life full of danger.

In the terrible world that Jack London shows us in his stories, a man who makes even the smallest mistake must fall and die in the snow. But his people are afraid of nothing, and nothing can stop them.

People in books by London never lose hope: they never stop fighting for life, even when the end seems near. That is the lesson every man and woman must learn – that in everything we want and everything we do, if we do not lose hope, we must and will win.

I would rather be ashes than dust! I would rather that my spark should burn out in a brilliant blaze than it should be stifled by dry-rot. I would rather be a superb meteor, every atom of me in magnificent glow, than a sleepy and permanent planet. The proper function of man is to live, not exist. I shall not waste my days in trying to prolong them, I shall use my time.»

Jack London’s life was not easy. And it was not long – he lived less than forty years. But he saw more and did more during those years than many other men see and do in almost a century.

Jack London was born in San Francisco, California, in 1876. His father was poor, and there were many other children in the family. They always needed money, and Jack, who was older than the other children, had to help as much as he could. When he was only eight years old, he was already selling newspapers and going to school at the same time. But after a few years, he had to leave school and go to work. 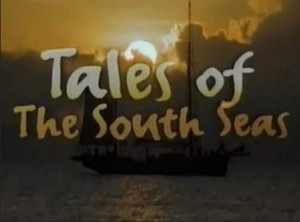 Like many other poor boys in California, he found work on the ships that went from America to the countries of the East, and to the islands of the South Seas. There he saw wonderful places: beautiful green islands in the endless blue sea, and high mountains that threw red fire into the black night sky. But the ships paid boys very little, and when Jack came back to California he had almost northing.

So he left home again, this time to look for work in the big cities of the United States, and in the great forests and on the great lakes and rivers of Canada. He never had a day’s rest and he worked from morning to night. But when the day’s work was over, he listens to the men’s jokes and their conversations about places and people, about workers and revolution.

When he came home again, Jack London was full of a new idea. He was going to become a writer. “I have been to such wonderful places and I have heard such interesting stories,” he thought. “I am sure they will be interesting to other people too.”

But to his surprise, when he tried to write, he couldn’t make the words tell the stories. His language was poor and it was full of mistakes, because he did not know grammar. “I never learned English,” he thought, “because I couldn’t go to school. But why can’t I go to school now? The pupils will be surprised when they see somebody so much older in the class room. But I’ll be ashamed when I can’t pronounce difficult words. But my memory isn’t bad, and if they can study physics and mathematics and biology, I can too. And I’ll learn English together with science!”

And he did! He learned from his teachers and from other pupils, but most of all, he learned from books. He read all the books on the shelves of the school library and the city library. He read all afternoon, and he sat half the night with a book or a textbook in front of him and a large dictionary at his side. As he read novels by well-known authors, he tried to notice the words they used and how they used them: he tried to discover the secrets of their art.

«I haven’t enough time to learn so slowly.» 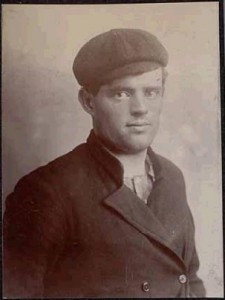 Pupils went to high school for two years, but Jack London finished high school in three months. He even went to college for a short time, but then he decided not to continue. “I haven’t enough money to study,” he thought, “And I haven’t enough time to learn so slowly. I have always learned more from great thinkers than from lectures at college.”

Day after day, month after month, he wrote: short stories, poems, plays. But nobody noticed him: the magazines refused to publish his works. At first, Jack was helpless and angry, but then he said:” Perhaps they are right. I haven’t yet become a writer. But I haven’t lost this fight – no, I am only beginning.” Often he had no money, and he had to stop writing and look for work. But soon as he had some money, he stopped working and began to write again.

In 1896, when Jack London was twenty years old, gold was discovered in Alaska. The whole world suddenly became interested in this cold country, where almost nobody lived. Men who usually never went near a library began to go there, to study maps of the “new” country, its history and geography.

There were thousands and even millions of men in America who thought of Alaska, who wanted to go 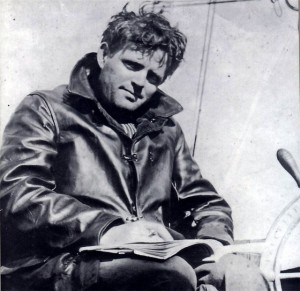 there, but who could not decide to leave their homes in the south. Jack London was not one of them. He bought a ticket on the first ship to the North. He wanted to see the life of the thousands of men who came to look for gold in the mountains and rivers. Perhaps only a few could find gold, but they all hoped to be the lucky man.

Like the other men who came to Alaska, Jack hadn’t enough food, and he had no vegetables or fruit. At first, he didn’t think about what he was eating, and he refused to think that he was not well. But at last he became seriously ill, and he had to come back home to San Francisco.

He came back without gold, but with something better the yellow metal: in his memory was the whole rich world of the Far North. His life there, his conversations with people he met and the stories they told him were enough for a whole library of books. He remembered everything, and now he knew how to write!

He began again. When he was twenty three, a small magazine agreed to publish his stories: soon, well-known, important magazines invited him to write for them.

Who can say why a writer becomes popular? At the end of the 19th century, book usually told about gentlemen in high hats and ladies in beautiful clothes, who always used the best language when they spoke. Jack London’s stories were about men who fought with animals and each other, who lived for months without daylight, and then for months without night, men who were left in the endless snow-fields until the wolves came….

Many ladies and gentlemen said: “This is not art!” But there were thousands and thousands who were afraid to know what happened to men in those terrible places, who understand and loved London’s books.

Jack London loved people and was sure that the man is strong and better than anything in the world.

If you study English,
a) try to say what you have learnt about Jack London, his books and his characters
b) say if you like Jack London and why

Еще читайте или смотрите:
2 thoughts on “The Biography of Jack London (in English)”