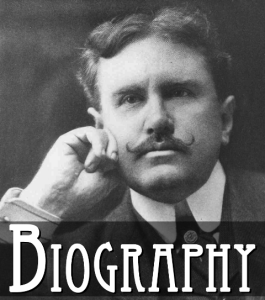 O.Henry is the pen name of the famous American writer William Sydney Porter. He is well-known for his short stories with surprising ends. Most of the stories are optimistic as he wrote about poor people and felt great pity for them. His stories are full of love and wonders. His characters struggle to be happy and they succeed. But his life was full of tragic events.

Read the short biography of O. Henry to get to know this American writer. His stories are waiting for you to be read. Do start, please!

The Biography of O. Henry

He was born on September 11, 1862  in Greensboro, North Carolina. His life was full of sorrow from the early childhood. When William was three, his mother died. His father, a penniless physician, became to drink hard and soon turned into a good-for-nothing alcoholic.

He was raised by his grandmother and aunt. He spent his childhood in North Carolina. He received only formal education at the school of his Aunt Lina, where he developed a lifelong love of books. But at the age of fifteen he had to leave school and begin to work in a drugstore of his uncle. It was bad for his health to spend all day long being surrounded with different medicines, mixtures for cough and powders. His health began to worsen. That’s why he went to Texas and began to work on a sheep ranch. He was twenty at that time. Some time later he moved to Houston, where he had a number of jobs, including that of a bank clerk. 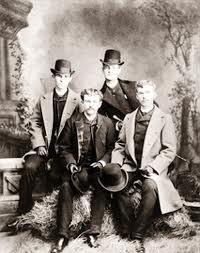 In 1884 Porter moved to Austin and started a humorous magazine The Rolling Stone.  It was at that time that he began drinking.

In 1887 he married Athol Estes Roach; they had a daughter. The magazine failed and he had to work as a reporter to support his family.

In 1894 Porter was accused of having stolen money from the bank, where he had worked before. Being afraid to be put into prison he had to leave his wife and the young daughter in Austin and flee to New Orleans, then to Honduras. Little is known about Porter’s stay in Central America. He rambled in South America and Mexico. But after hearing news that his wife was dying, he returned in 1897 to Austin. He was in time for saying his last words to her. She died some days later.

At once after the funeral the police arrested William. He was found guilty and sentenced to five years in an Ohio prison. He kept silence during the trial.

There are still some doubts if he was guilty or not. Indeed he badly needed money at that time for his ill wife and for publishing his magazine, but on the other hand the owners of the bank were sure to have unclean hands.

While in prison William Porter started to write short stories to earn money to support his daughter Margaret. On receiving money for his first story he bought and sent her a Christmas gift.

It is believed that Porter found his pen name while in prison; one of the guards was called Orrin Henry.

He never spoke about those years. But it was there, in prison, he wrote his first story. It was called «Whistling Dick’s Christmas Stocking«. Before sending it to newspaper, he read the story to his cellmates. One of them remembered: “ From that minute when Porter began to read his story in his low soft a little stuttering voice a dead silence fell in the cell. We were afraid to move. At last Raindler sighed deeply and rubbed his eyes with his mutilated hand. “Damn you, Porter. It is for the first time in my life. Before I have never known what a tear is”.

Three years later, he emerged from prison and changed his name to O. Henry. He moved to New York City.

His stories gained an immediate success among readers. One of the reasons was that the readers of American newspapers didn’t like long stories. They couldn’t stand philosophy and tragic endings.

He signed  a contract with a New York magazine for a 100 dollars for a story. It was very good money for those times. But the point was that he must send  a story every week. Such furious pace of work could kill even a healthier person than O. Henry. He worked from morning till night and when he lacked in plots he had to buy them from his friends. He worked like a machine. He became tired and exhausted. Besides he drank. He ruined his health. 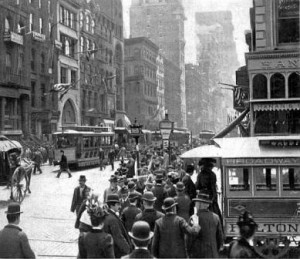 But his stories didn’t bring him money. It was the editors and publishers who became rich. O. Henry was a weak nature, very unpractical, he never bargained, never agued about money. If he was told that he had owed 175 dollars, but he knew that the sum was not more than 25, he didn’t say a word but simply gave the required sum and left.

Being a very reserved person he avoided public and preferred being alone, he didn’t give interview. He liked to wander about the streets of New York for several days, spending nights on the benches in the parks. Coming back home he locked himself up inside his room and wrote, wrote and wrote….

It was there in the streets of New York which he called «Bagdad-on-the-Subway» (Багдад -над -подземкой) he found the charachters for his stories. Wandering he got to know the big city, his sounds and lights, his hopes and tears, his sensations, his failures. O. Henry said «There are stories in everything. I’ve got some of my best plots from park benches, lampposts, and newspaper stands.»

He was a poet of New York underworld. He was a dreamer of narrow lanes. And there in those narrow streets appeared his Cinderellas and Quixotes [`kwiksət] who were always ready to help hopeless and dying to make a story with a happy end.

O. Henry lived in New York for ten years before his death in 1910. He published over 300 stories and became a favorite short story writer all over the world.

The last days of his life he spent in a poor room at a hotel. He was very ill and could not work. O. Henry died on the 5th of June in 1910, in New York at the age of forty seven. He died penniless. 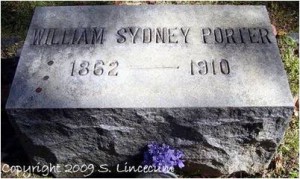 This is short biograpghy of O.Henry. More the information about the life of the writer you will find on the websites: 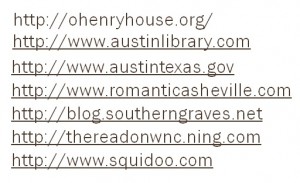 The biography of O.Henry (in Russian) — Биография О.Генри (на русском языке)
Get to know more about O. Henry: