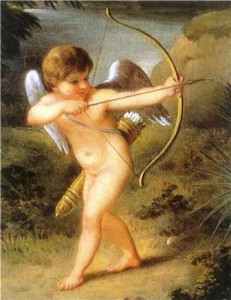 Cold, dreary days of February…. These days all people need love, warmth and affection more than ever. Read our notes about St. Valentine’s Day, get to know about its origin, practice English and enjoy yourself. Don’t forget to share your feelings of affection with people you love.

St. Valentine’s Day is celebrated by lovers on February, 14. It is the holiday of love and friendship. People give romantic cards and gifts to those, who they are in love. Sometimes they do it secretly.

The saying  «Be my Valentine!» means “be my friend or be my love”. Heart-shaped boxes of chocolates, hand-made valentines, bright red paper hearts, cupids and flowers are popular gifts on this day.

This holiday is traditionally celebrated in the USA. Nowadays this celebration has spread all over the world. The most popular colour of the day is red as it is associated with feelings, especially love.  The holiday has some symbols, one of them is Cupid, the Roman god of Love. The Cupid is usually drawn as a young boy with wings, who holds a bow and an arrow.

There are several legends that explain the origin of the holiday. Yet nobody is sure which of them is true.

The first legend tells us that three hundred years after the death of Christ, Roman Emperors still forced everyone to believe in the Roman gods. On the 14th of February there was a custom to celebrate the Day of Faun, a Roman god of forests and fields, the patron of farmers and cattle-breeders.  That god had an image of a man with a goat’s horns, ears, legs, and tail. On that day young men gathered to cast lots and thus they chose young girls to be their wives for the rest of the year. This custom was similar to the bird’s picking their mates on the same day as in early times there was a strong belief that they did it on that very day. That might explain why love-birds seem to be such popular on Valentine cards.

The other legend tells us about an Italian bishop who lived at about the same time. He refused to worship the Roman gods and was imprisoned because he had secretly married couples, contrary to the laws of the Roman Emperor. According to those laws young people were forbidden to marry as they had to be free to be good warriors.

The third legend tells us that St. Valentine was a Christian priest who lived in Rome and was thrown in prison for his teachings. He died for his faith оn the 14th of February A.D.170. He was supposed to have cured the jailer’s daughter of her blindness as well. But he was not noted for helping lovers in distress and was not the patron saint of lovers.

Only for Guys —> How to Gain Affection and Love (some tips) 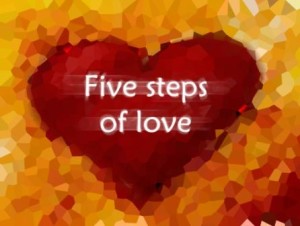 These are the questions:

These are the answers. They are mixed up: